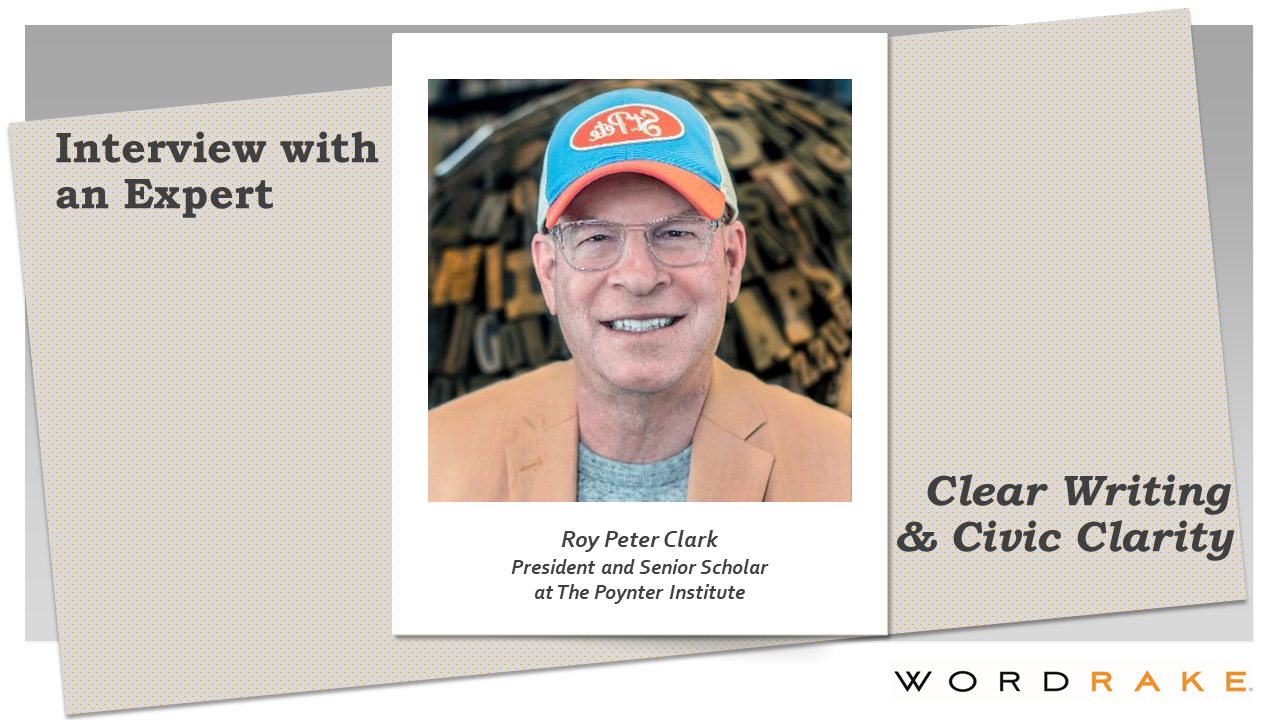 Anyone who writes for the public must do so clearly. While it’s easy to complain about legalese, business-speak, and medical jargon, unclear writing that harms the public can come from another place: the news.

Since 1975, the Poynter Institute for Media Studies has been leading the charge for journalistic integrity and clear writing with hopes to fortify journalism’s role in a free society. As stewards of public information, journalists must deliver the information in a manner that the public can understand.

We spoke with renowned author, former journalist, and senior scholar for Poynter, Roy Peter Clark, about plain language and its connection to a concept called “civic clarity.” Read this interview for insight on making hard facts easy reading. Then ask yourself the 20 questions for civic clarity that will help writers solve problems and satisfy their duty of clear communication.

When I came into journalism in 1977 as a writing coach, my first move was to share powerful stories, usually written in narrative forms: stories about wars, blizzards, famines, and wildfires. These were great tales written in the public interest, and reading them inspired other writers to work on their craft.

But I came to realize that narrative power was only one end of a spectrum of good public writing. At the other end is what the Canadian scholar Stuart Adam called “civic clarity.” That is achieved when writers take responsibility for what readers know and understand.

But how does a writer make harder facts easier reading? I have been collecting tools and strategies for many years: slow down the pace of information; use shorter words, sentences, and paragraphs at the points of greatest complexity; translate jargon; and many more.

For example: Is the vaccine safe? Sadly, a clear, well-reported, fact-checked report may not be enough to overcome the “confirmation bias” of the reader. That should never deter us from finding things out, checking things out, and reporting them in a way that gives readers a chance to understand practical truths and pass them along to others.

What is the relationship between plain language and civic clarity?

I had not asked myself this question until Ivy Grey raised it for me. As I often do, I look to George Orwell for an answer. In one essay, Orwell describes the power of “demotic speech,” which is the language of rank-and-file citizens. If the British people were to be persuaded to make the sacrifices necessary to defeat the Nazis, encouragement must come not from the stuffed shirts at the BBC or highly educated aristocrats, but from voices with which common people can identify.

(Churchill, of course, is a key figure to study.)

Enter “civic clarity” as a booster shot for plain language. Plain language is a tool, but civic clarity is an effect. Civic clarity, more than plain language (I think), makes the necessary leap from journalistic craft to mission and purpose. That moves me not just to state the facts plainly, but to put them in a context that makes meaning in the public interest.

If writing in plain language is about making it possible for readers to understand, then writing with civic clarity helps create the foundation for understanding. Ultimately, civic clarity is about taking responsibility for what readers know and understand.

If you are a writer or an editor entrusted with communicating complex and quickly changing information to the public, then ask these 20 questions to stay on task:

Roy Peter Clark has taught writing at the Poynter Institute since 1979. He ranks among the most influential writing coaches in the world of journalism and beyond. He is the author or editor of 19 books, his most popular being “Writing Tools: 55 Essential Strategies for Every Writer.” He is working on his 20th book, due out in 2022. The working title is “Tell It Like It Is: The method and mission of public writing in an age of pandemic and disinformation.”

This interview is part of a series produced in connection with WordRake’s support for the Access for All: Plain Language is a Civil Right conference. WordRake is editing software for sophisticated writers who must communicate clearly. It improves writing by simplifying and clarifying text, cutting jargon, and recommending plain English replacements. WordRake runs in Microsoft Word and Outlook, and its suggestions appear in the familiar track-changes style. You decide when to run WordRake and which edits to accept, so you get quality and speed without sacrificing control. Editing for clarity and brevity has never been easier. Try WordRake for free for 7 days.

Questions on Civic Clarity reprinted with permission from Roy Peter Clark. It originally appeared on the Poynter blog on September 10, 2020. 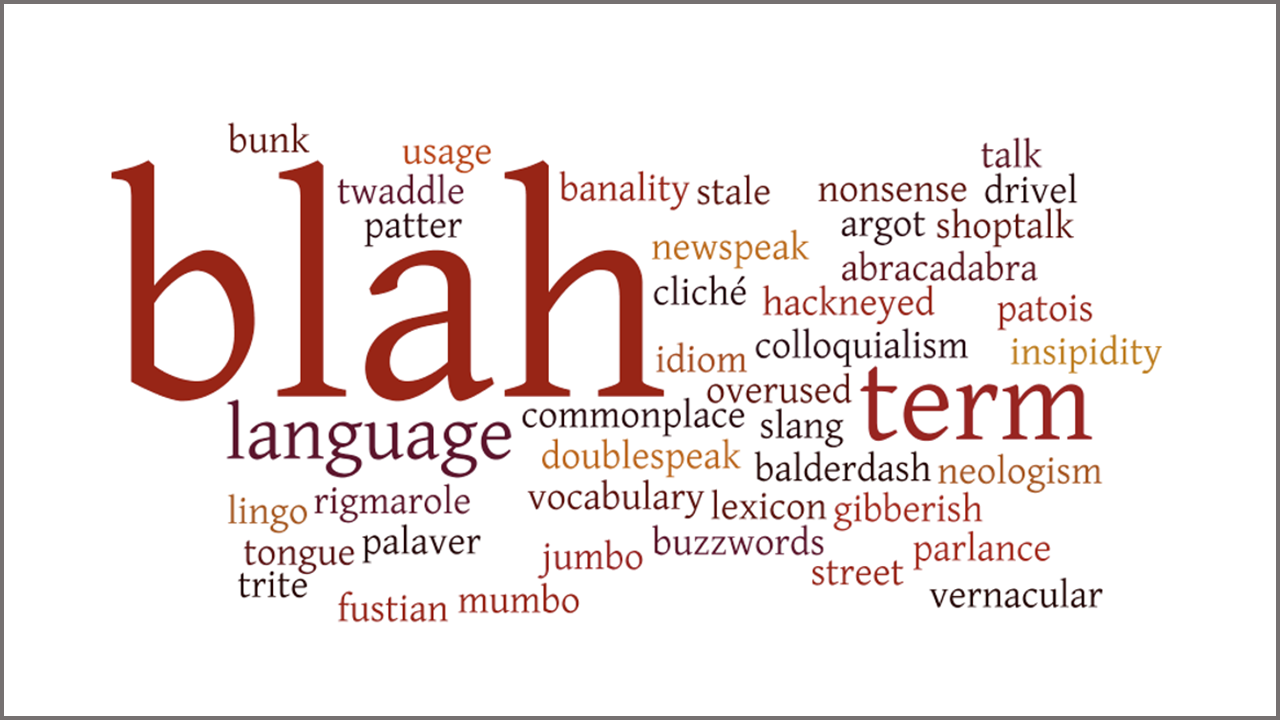