Throughout history, whole societies almost overnight have gone the way of the dodo. For example, history records that the Pizarro brothers took down 10 million Inca with 168 men (plus confusing pale skin, a few blunderbusses, and a dollop of smallpox). But a little-known fact is that earlier in the 16th century, Inca society already had weakened internally, as whole segments of the population, from Machu Picchu to Vilcabamba, could not decide if they needed commas in the following sentence:

The Pleiadian who helped us carve those huge monkeys and hummingbirds across the Nazca Plain was a tall spindly alien fella with a large head and one green bulbous eye. 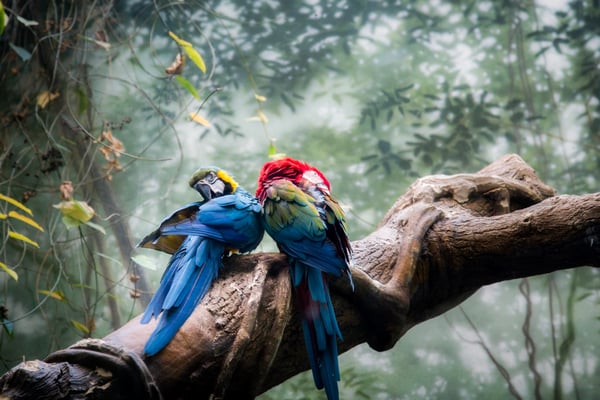 The rising angst amid the populace made the Inca easy prey, and precisely as that angst peaked, the Pizarros rowed ashore, clanking. If the Inca had known the answer to this question, they could have avoided the devastating plague of apoplexy that swept their empire and left them vulnerable: When do we separate two adjectives with a comma, and when do we leave them alone? You can understand their confusion.

With recent advances in modern society, we now know that to determine whether we need a comma between two adjectives, we must conduct a two-part test: first, separate them with and; second, reverse their order. If both tests still sound right, then those two adjectives are “coordinate” (bless the grammarians and their obsession with labeling), and we need to separate them with a comma.

We now test “one green bulbous eye." First test: "one and green eye"; second test: “green one eye”; neither works, so no comma. Finally, we test “green bulbous eye” with “green and bulbous eye"; and “bulbous green eye,” and both work, so they are "coordinate," and we have to separate them with a comma.

Here is the proper sentence the Inca were looking for, one with two commas:

The Pleiadian who helped us carve those huge monkeys and hummingbirds across the Nazca Plain was a tall, spindly alien fella with a large head and one green, bulbous eye.

Back here in the 21st century, you might write:

Microsoft is a big international company.

Microsoft is a big international company.

But in this example:

We are looking for an experienced creative motivated developer.

We are looking for an experienced, creative, motivated developer.

If the Inca had only known, the masses would have remained calm, welcomed the Pizarro Brothers with bare feet and gold-dusted arms, fattened them on roasted parrot, and sacrificed them to the Pleiadians.

WordRake can't tell you when to place a comma between "coordinate" adjectives, but it can tell you when maybe those adjectives aren't necessary anyway. And that helps to make your writing style clearer and more compelling.

A Melody for the Eyes
Flaubert's Pickles