Why We Must Improve Business Writing

Though legalese may be the punchline for jokes about bad writing, the problem isn’t confined to the legal profession. Bad business writing is widespread and it’s costing American companies $396 billion per year.

Bad Writing By the Numbers

In 2016, business communications expert Josh Bernoff surveyed 547 businesspeople, including writers, editors, managers, directors, supervisors, executives, analysts, and consultants. He found that, on average, businesspeople spent 20.4 hours per week writing and 25.5 hours per week reading. And they were not pleased with what they read: 81% felt that poorly written material wasted their time. That wasted time amounts to six percent of American workforce wages.

In the Bernoff survey, businesspeople complained that what they read was ineffective because it was too long, poorly organized, unclear, jargon-filled, and imprecise. Most of those deficiencies could be improved through editing. And yet, writers only spent 19% of their time revising their work. With that meager investment in revision, it’s no surprise the final product was ineffective.

The problem is that writers are dashing off half-thoughts and first drafts without regard for the reader. One communications study found that, in a business deal, sloppy, bad writing accounts for 40% of the transactional cost. By treating business writing as a task to be completed, rather than a message to be communicated, we invite confusion and increase costs.

In an article for Harvard Business Review, Bernoff presents a case study of a group of examiners at the Federal Reserve Bank of Philadelphia who needed to improve the clarity and impact of their written reports. About 250 people in the group contributed to detailed reports, sometimes 40 pages long. But the reports were poorly written. The points became muddled and decision-makers couldn’t understand what problems they needed to fix.

The bank then established a writing center and employed a writing coach to provide consistent, clear feedback. The writing coach respected the bank examiners’ subject matter expertise, and worked to improve the clarity, brevity, and effectiveness of the bank documents. This encouraged the examiners to participate regularly and repeatedly, and led to a 36% improvement in overall report quality. The biggest gains were in organization and clarity. The smallest gain was in grammar.

If grammar plays such a small role in improving overall effectiveness, then business writers should shift their editing focus to clarity and brevity. After all, the high-level executives who complained of wasted time were bogged down by long, unclear, jargon-filled, disorganized writing—not noun-verb disagreement.

Sophisticated writers need feedback that will make the greatest impact. In the Bernoff survey, fewer than half of the writers who sought feedback received any they found useful. That’s because editorial feedback is often conflicting and aimed at low-level grammar rules and myths rather than high-level organization. And the feedback giver rarely asks questions to elicit clearer thinking. To make improvements where it matters most, consult a writing coach and try software designed for sophisticated business writers.

According to a study from CollegeBoard, businesses are spending as much as $3.1 billion on remedial writing training annually. But merely training people to compose a proper sentence won’t be enough to address their most important writing problems. Plus, Microsoft Word’s built-in spelling and grammar checking tools can do most of the remedial improvements for you.

Undeveloped and unclear ideas will only be improved through multiple rounds of revisions. Getting it right takes feedback and coaching from writing experts—but it also requires balancing subject matter complexity. Software like WordRake will help any writer reconsider jargon and wordiness, and balance complexity with clarity. Simply seeing each suggested edit on your screen will raise questions and promote deeper thinking.

Editorial feedback and a commitment to clarity shouldn’t be reserved for major projects and long documents. Professor Joseph Kimble, in his plain language book, “Writing for Dollars, Writing to Please,” presented 25 case studies of organizations that saved time and money by rewriting business documents ranging from short forms and one-page letters to manuals and regulations. The results were outstanding: Communication improved, error rates dropped, and customer service calls plummeted. The organizations’ cost savings ranged from $40,000 to $350 million. All business communication can be improved—no matter how short or routine.

Bringing the Benefits to Your Company

Launching a writing center, conducting readability studies, or hiring a language expert may be beyond what your company can afford. But you can still improve business communication. Try WordRake for better writing in Microsoft Word and Outlook.

Now every writer in your organization can benefit from a sophisticated editor with deep knowledge. With WordRake, editing advice is always available at the push of a button. Try WordRake today.

Ivy B. Grey is the Vice President of Strategy and Business Development for WordRake. Prior to joining the team, she practiced bankruptcy law for ten years. In 2018, Ivy was recognized as a Fastcase 50 Honoree and included in the Women of Legal Tech list by the ABA Legal Technology Resource Center. Follow Ivy on Twitter @IvyBGrey or connect with her on LinkedIn. 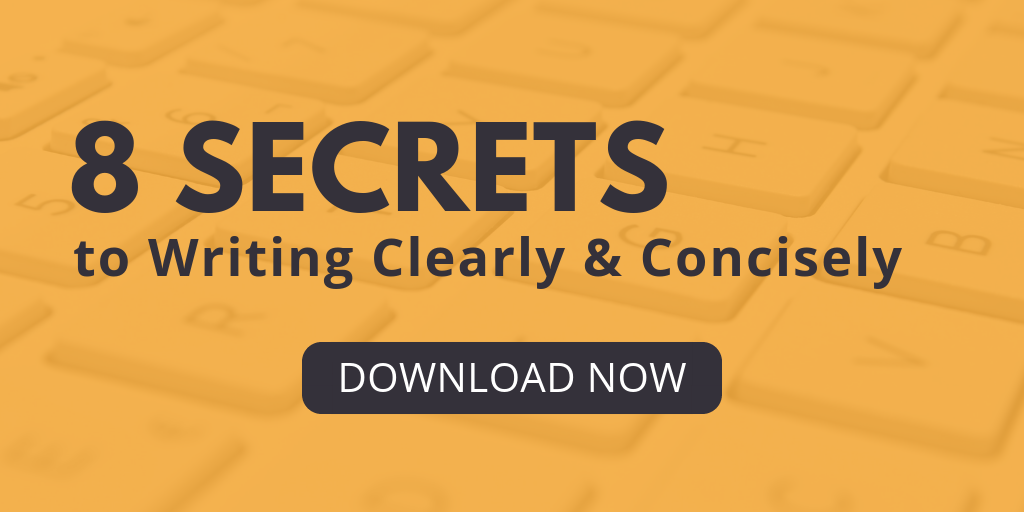 Use Your Commute for Effective Writing