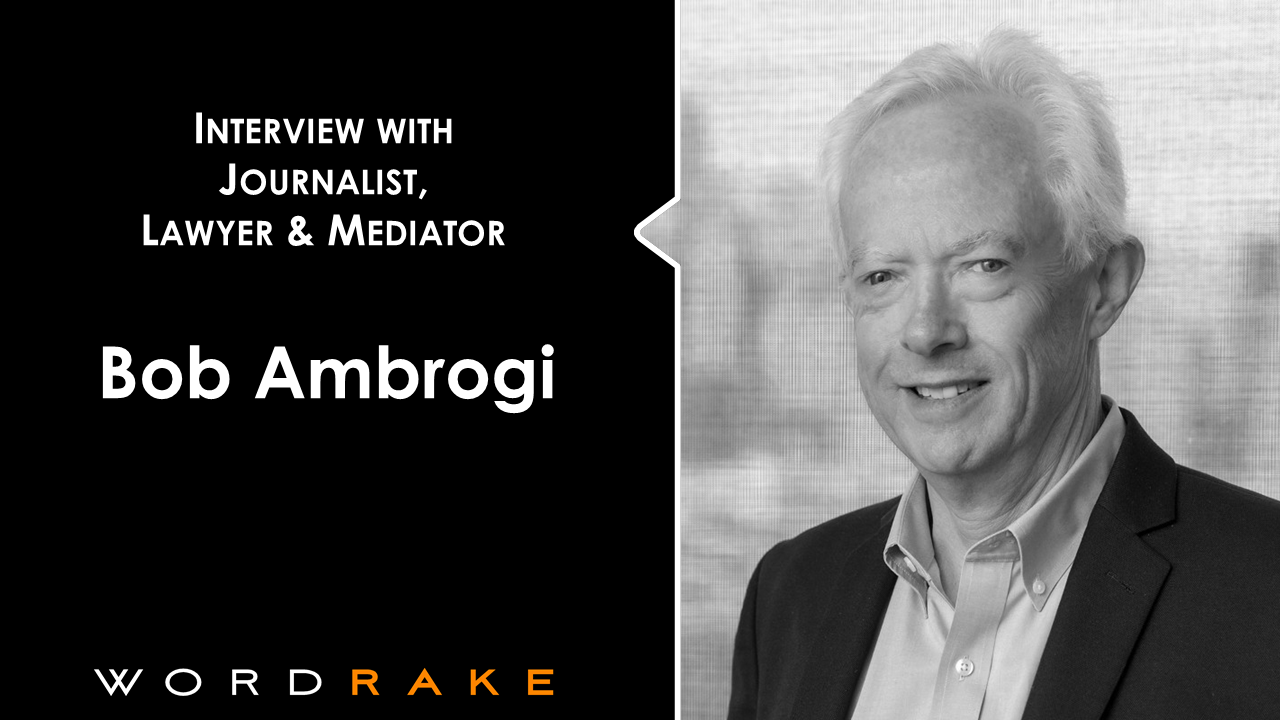 Even the most lauded legal writers struggle in some way. Too wordy. Too granular. Can’t start. Can’t stop. Wedded to the language of caselaw. But these struggles make sense when we think about the importance of the outcomes of our legal writing. The heavy weight of our work keeps us from doing what our writing should do most: Tell a compelling, human story that makes the reader care. Journalists' words bear a similar weight—a news story can shape the way the world thinks.

The most significant difference between lawyers and journalists is that journalists put the story first, then they allow the story to drive structure and flow. Lawyers rarely apply storytelling to their writing. In this interview, award-winning journalist, blogger, and lawyer Bob Ambrogi shows how we can bring journalistic storytelling into legal writing to draft better documents. (He will also make you laugh!)

What is your role and how are you combining journalism and law?

My entire career has had one foot in journalism and the other in law. I was a journalist who went to law school to advance my career in journalism. Initially out of law school, I practiced law full time, but then had an opportunity to become editor-in-chief of the Massachusetts legal newspaper. After several years with that company, including launching a national newspaper for small-firm lawyers, I moved to ALM in New York, where I initially led a project to launch a 50-state legal news service. I then became editorial director of a division with responsibility over a variety of websites and publications, including Law.com and The National Law Journal (which then was the largest circulation U.S. legal newspaper).

How did you get from journalism to law?

As an undergrad, I majored in journalism and wrote for several local newspapers. During college, I spent a year away from classes as a VISTA volunteer working as a community organizer in a troubled inner-city neighborhood. During that year, I launched a community newspaper, which I continued to publish for a year after I graduated from college. But I was making no money, and I wanted to advance my career in journalism, so I decided to go back to school for a master’s degree in journalism.

But when I asked my undergrad journalism advisor for a reference, he said, “Why waste your time going back to study journalism? You already know how to report and write. Why not get a degree that will help you be a better journalist by better understanding how the world works?”

“Are you suggesting I study something like political science or sociology?” I asked him.

“If I were you, I’d go to law school,” he said. “Law underlies almost everything you might cover as a journalist—government, crime, business, even family matters. If you understand law, you have a foundation for understanding anything you might encounter.”

The more I thought about it and looked into it, the more sense it made. Before then, I had never considered law school. Soon after, I was preparing to take the LSAT.

What can journalism teach us about legal writing?

Journalists are taught to put the most important information first and then provide further details in descending order of importance. The classic lede paragraphs answer as much as possible of the questions, “Who, what, when, where, why, and how?” The classic lede should also have a hook, drawing the reader in.

Lawyers, for whatever reason, are taught archaic writing structures that effectively “bury the lede.” Documents start with formulaic boilerplate. They require the reader to dig down before getting to the meat. In my opinion, the best legal writing eschews legalistic formulas in favor of styles that more closely emulate journalistic writing, getting to the point up front and doing so in a catchy manner that entices the reader to continue.

What can legal professionals learn from journalists about working with editors?

Leave your ego outside the editor’s door. Most editors achieved their positions because they know a thing or two about writing and reporting. Listen to them and you may learn a thing or two.

What instincts, habits, or approaches from the journalism world are you now applying in law?

The three skills I learned from journalism that I apply every day in law are:

What 3 problems do you see legal professionals facing most frequently in writing that could be solved by applying advice from the field of journalism?

Legal professionals too often adhere to formulas in their writing, believing that briefs or memoranda need to be structured certain ways. The fact is that, by being more creative and by breaking out of formulas, they are more likely to catch the reader’s interest.

Legal professionals seem overly inclined to use both flowery and legalistic language. Plain English is most persuasive, and your argument is not made stronger by tying together strings of adjectives.

Base everything you say on facts. Do not simply allege that your opponent’s claims are baseless or exaggerated—prove it with facts. Facts win cases.

What is your writing process when you must write to length and deadline?

Mark Twain supposedly said something to the effect, “If I had more time, I would have written a shorter letter.” Writing to length and on deadline are skills all journalists learn (or at least should learn) and that are equally valuable in law.

In the days when print journalism prevailed, virtually every assignment from an editor came with a word length. “Give me 800 words on this,” the editor would say. For a feature or a magazine article, it might be 3,000 words. The key was it could not be more and it could not be substantially less.

Over the years, I developed almost a sixth sense about article length. Thanks to word processors, we no longer need to guesstimate. But either way, my process was generally to start by writing the article I wanted to write, with a general sense of length, and then see where I ended up. If it was long, I went back and looked at every word, asking, “Is it necessary? Can I cut this word? Can I say this more succinctly?”

Writers get proprietary about their words and see every one as a gem. But they are just words. Often, the words can be cut without sacrificing the message.

As for deadlines, the key is the ability to let go. No piece of writing will ever be perfect, no matter how long you work on it. When the time arrives to hand it in, hand it in and move on to the next piece of writing.

What are the qualities of a good story? How do you use storytelling in legal writing?

The basic rule is that every story needs a beginning, a middle and an end. In legal writing, that means that you should say up front what you will be arguing (or writing about), then go on to expand on that by weaving together facts and law in a cohesive narrative. Then bring it all home with an ending that summarizes your story and what the outcome should be.

Journalists say: “If the story is complicated, ask the simple questions.” Is this true for law? How do you apply it in legal writing?

This is true for life in general. The most potent follow-ups you can ask are “Why?” and “How?”

As for applying it in legal writing, the key is to make sure you understand the complicated story enough to uncomplicate it for your readers. Break it down into its parts. Use non-technical words, even for technical concepts.

What can journalism teach legal professionals about witness interviews and fact-finding?

There is little difference between interviews in law or in journalism. My top rules are:

What are your tips for getting interviewees, experts, and witnesses to talk?

The pregnant pause can work wonders. When an interviewee is reticent, offering only abbreviated answers, wait a few moments before asking the next question, preferably making eye contact with the person. The silence sometimes elicits more.

In fact, even for talkative interviewees, do not rush into the next question. Make sure the person has finished answering and is not just organizing thoughts.

Robert J. Ambrogi is a lawyer who practices media and technology law and serves as executive director of the Massachusetts Newspaper Publishers Association. In addition to practicing law, Bob is internationally known for his writing and speaking about legal technology and innovation. He writes the award-winning blog LawSites and hosts three podcasts, including LawNext, which is about innovation in law. Bob was an inaugural Fastcase 50 honoree and has been recognized by the ABA Journal magazine as a Legal Rebels Trailblazer.

Earlier in his career, Bob was editor-in-chief of The National Law Journal, then the nation’s largest legal newspaper, and editorial director of American Lawyer Media's Litigation Services Division. In addition to recognition for his contributions in law, he’s also been recognized for his contributions to journalism: In 2017, Bob received the Yankee Quill award for journalism from the Academy of New England Journalists. 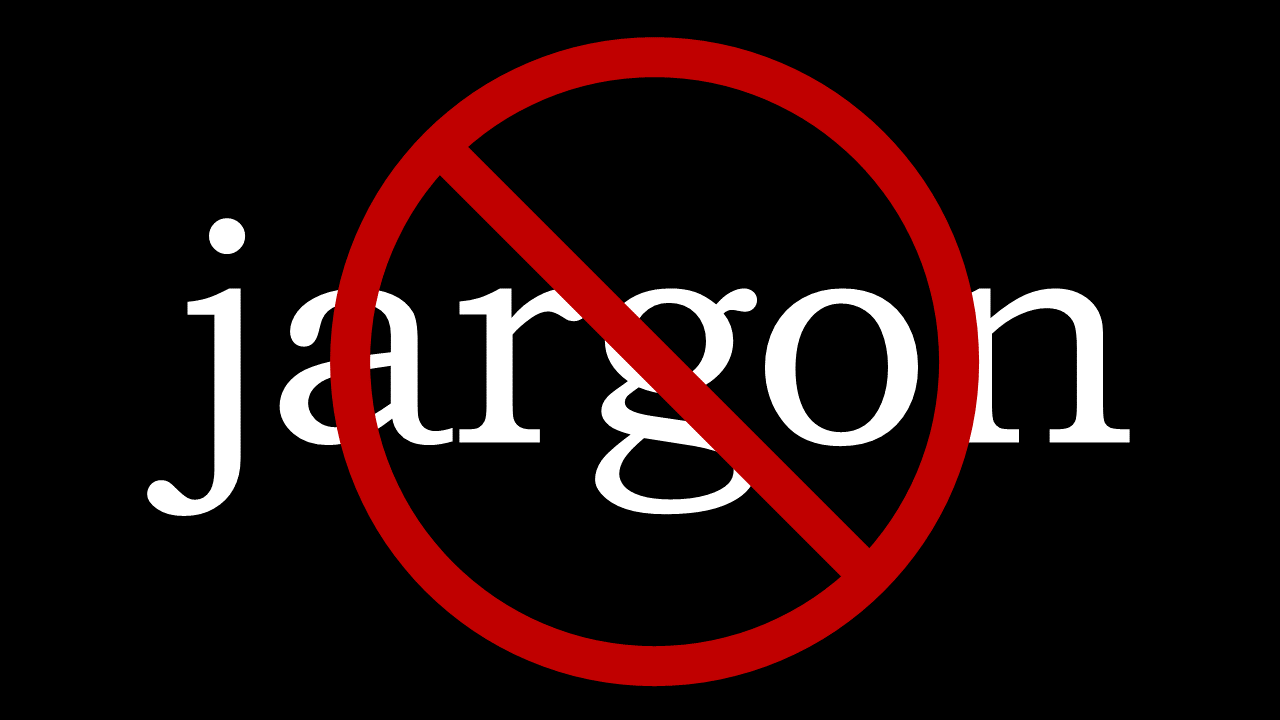